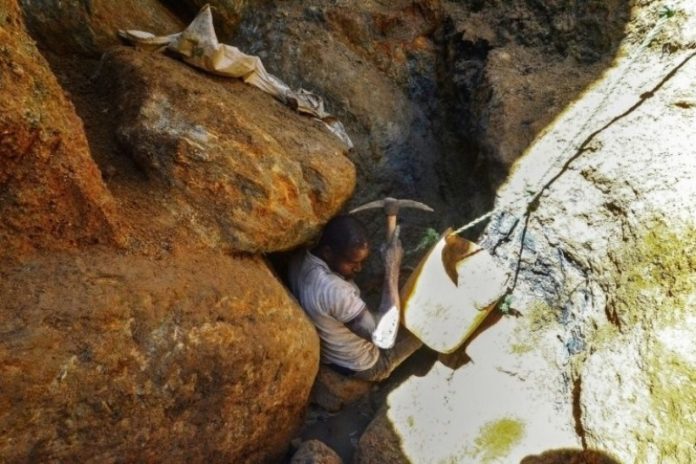 The illegal miners reportedly torched a car belonging to Gemfields’ Mozambique operation on Saturday and attacked the occupants with pickaxes, injuring three employees and one security contractor.

“MRM has observed a dramatic and coordinated increase in the number of artisanal miners entering MRM’s concession, including women and children,” the company’s statement said.

Gemfields owns 75% of MRM, which operates in northern Mozambique. The mine, considered to be the world’s largest deposit of rubies, is located in a region rife with crime, illegal mining and that is home to a nascent Islamist insurgency.

The attack follows an incident earlier in February when 800 artisanal miners invaded a pit belonging to MRM, 11 of whom died when parts of the pit collapsed.

MRM says the artisanal miners are exploited by illegal ruby-smuggling syndicates, and receive only a fraction of the true market value of the rubies they obtain.

Gemfields, which owns jewelry-maker Faberge, listed in London on Feb. 14.

Vale concludes sale of assets in Mozambique to Japan’s Mitsui