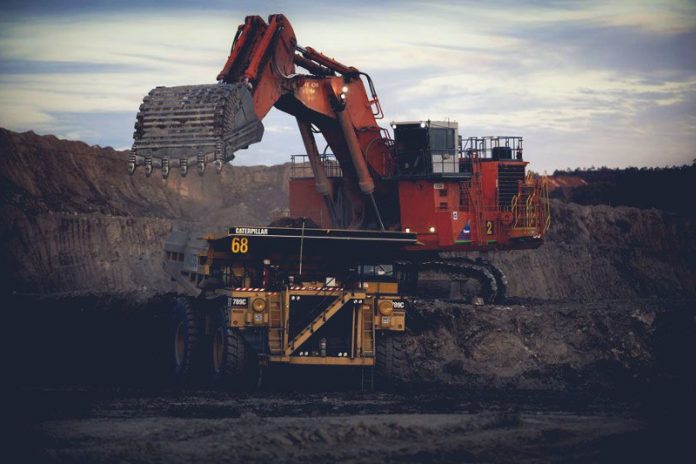 A decision will be taken in the June quarter on go-ahead for the Klipspruit Life Extension coal project in Mpumalanga, which is said to have robust economics.

The original BHP Billiton capital expenditure (capex) of $500-million-plus for the two-year development has been more than halved under South32 to below $250-million, South32 CEO Graham Kerr told the media recently during a media conference call.

While the Klipspruit Life Extension coal project is export orientated and earmarked to make use of existing rail access, its location in relation to Eskom’s new coal-fired Kusile power station, which is under construction, could see it playing a role in domestic supply.

All the key environmental approvals have been obtained and the go-ahead decision will be made at the end of South32’s current financial year on June 30.

“Certainly, as I’ve been watching the project go through, it’s had very robust economics,” said Kerr.

During the last 18 months of project study, the South32 team under president and COO Africa Mike Fraser has maximised optionalities, given the long-term uncertainty in the arbitrage between domestic and export.

“What we’ve been able to introduce into this project is a lot of flexibility, which has enabled us to reduce capital but also to give us optionality should the market strengthen out of our current prediction range. There is certainly potential for a long life out of this resource” Fraser told Mining Weekly Online.

Project capital expenditure (capex) of $30-million is expected in this financial year to June 30, to fund study costs and the acquisition of land in preparation for the Klipspruit Life Extension project.

After a turnaround from loss to profit in the half-year to December 31, cash-rich South32 has resolved to pay an interim dividend of $0.036 a share for the half-year ended December 31, which means a dishing out of $192-million to shareholders from the pile of cash it generated in the period, compared with the corresponding period’s loss, which was impacted by the recognition of impairment charges totalling $1.7-billion.

The company came away with 197%-higher free cash of $626-million to boost its net cash position to $859-million on operational optimisation and leverage.

The rise in profit came as revenue climbed 8% to $3.2-billion.

Compared with the first half of 2016, controllable costs were cut by $239-million and capex by $116-million.

Capex guidance for this financial year remains unchanged at $450-million.

Exploration expenditure of $16-million is expected within the company’s existing footprint, with exploration already started on high-grade manganese within the southern areas of Groote Eylandt, in Australia.

Continued pursuit of additional greenfield exploration opportunities could lead to an increase in expenditure.

The corporate tax rates applicable to the group include Australia at 30%, South Africa at 28%, Colombia at 40% and Brazil at 34%.

Price-linked costs fell by $47-million on lower raw material prices at the alumina and aluminium operations and a reduction in treatment and refining charges for Cannington silver concentrates.

An increase in controllable costs is anticipated in the six months to June 30 as working capital unwinds.

The Sydney-, Johannesburg- and London-listed BHP Billiton spinoff’s swing to profit included its restarting of 22 pots at Aluminium South Africa, which were taken offline in September 2015, as well as the opportunistic increase of manganese ore production in the wake of manganese’s price surge.

With 22 pots that were suspended in September 2015 back on stream, South32’s Hillside aluminium smelter is back at full tilt.

Saleable production from Hillside, which sources power from State utility Eskom under long-term contracts, increased by 1% to 356 000 t in the six months to December 31, on fewer load-shedding events.

“We continue to identify opportunities for further energy efficiency but we are very happy at the current level of efficiency,” said Fraser.

Some 72 pots are scheduled to be relined this year.

Saleable production from Mozal Aluminium, in Mozambique, increased by 2% to 136 000 t in the six months to December 31, with an 11% increase in sales reflecting the timing of shipments between periods.

Operating unit costs decreased by 12% to $1 448/t in the first half of the 2017 financial year, reflecting stronger sales and lower raw materials prices.

A total of 106 pots are now scheduled to be relined in this financial year.

“We get some protection in terms of the cost of the Hillside business when the LME price goes down and foreign exchange doesn’t work in our favour. So, it provides a bit of a natural hedge, whereas we don’t get that same benefit at Mozal. But likewise, as the exchange goes the other way and we actually see aluminium prices increase, we get more out of Mozal than we do out of Hillside,” Kerr said in response to Mining Weekly Online.

The block development project at the Wessels underground manganese mine in South Africa’s Northern Cape will reduce cycle times by allowing mining activity to relocate closer to critical infrastructure. Commissioning is expected in the March 2017 quarter.

Manganese alloy saleable production fell 20% to 37 000 t on furnace instability at Metalloys in South Africa’s Gauteng province, where only one of the four manganese furnaces is operating, compared with all four of the manganese furnaces at Temco, in Australia, being expected to return to full capacity once scheduled maintenance is completed in the March quarter.

Wessels concentrate accounted for 15% of external sales in the six months to December 31, compared with 4% in the prior corresponding period.

Manganese ore production from South Africa will remain configured for an optimised rate of 2.9-million wmt a year, with opportunistic action when market fundamentals are supportive.

Tragically, the company lost an employee in the half-year, which has prompted it to invest time, energy and leadership in make a lasting change to its safety performance.

The fatality at Metalloys has hit very hard and new practice to avoid a recurrence has been shared across the group.

Permanent processes have been embarked upon following the internal investigation, supplemented by external engagements.

The $103-million impact in the period of the lower production at South Africa Energy Coal followed the suspension of the North plant at the Wolvekrans Middelburg Complex, scheduled maintenance and the repositioning of draglines.

Saleable production from the 92%-owned South Africa Energy Coal decreased by 9% to 14.8-million tonnes in the six months to December 31, reflecting the prior suspension of the North plant at the Wolvekrans Middelburg Complex, and export sales were also impacted by Transnet’s yearly rail maintenance cycle.

Future production will benefit from additional capital investment at the Wolvekrans Middelburg Complex that will open up new mining areas.

In Australia, steps to acquire Metropolitan Colliery, to realise synergies with Illawarra Metallurgical Coal in Australia, are well advanced and the access agreement for Worsley Alumina in the West Marradong mining area is being completed.

Underlying earnings before taxes, depreciation and amortisation increased by $522-million to $1.1-billion in the six months to December 31, as higher prices for most of its commodities offset lower volumes, giving rise to an increase in sales revenue of $240-million and a rise in operating margin from 20% to 37%.

“We have declared our first interim dividend and will continue to manage our financial position to ensure we retain the right balance of flexibility and efficiency,” Kerr told journalists.

Mozambique turns to IMF for emergency loan as Currency falls