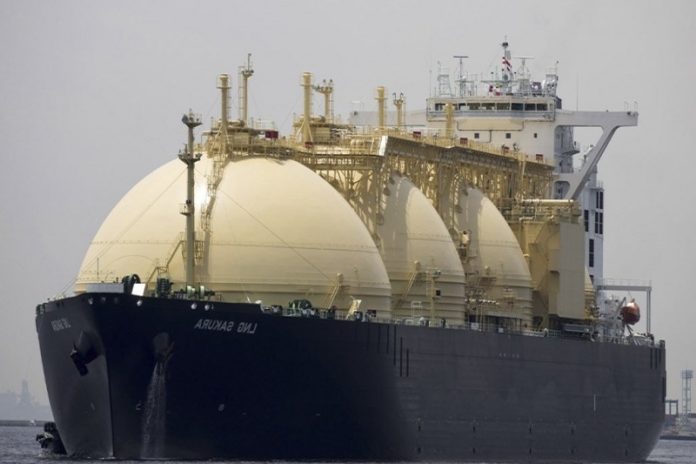 Standard Bank oil and gas head Dele Kuti has revealed that besides contributing $485-million to the project, Standard Bank is also playing various other roles, including that of mandated lead arranger and bookrunner, as well as the covered loan facility agent and largest lender to the ECIC, which is providing commercial and political risk cover for South African firms involved in the project.

The South African banking group confirmed on July 17 that it would contribute $485-million (over R8-billion) in debt finance to the $20-billion Mozambique Liquefied Natural Gas (LNG) project, being developed by a Total-led consortium in northern Mozambique.

Kuti reported that financing documents, confirming access to the senior debt, were signed on Tuesday, July 15.

“Standard Bank’s participation also symbolizes its commitment to leverage on the country’s potential as a future giant producer and exporter of LNG, thereby boosting Mozambique’s growth,” Kuti said in a statement.

“This is the second LNG project to be financed by Standard Bank in Mozambique, after in 2017 it provided commercial funding for the construction of the Coral Liquefied Natural Gas Floating Platform, being the sole African Lender at Financial Close.”

The South African bank is one of the numerous international banks participating in the financing deal, valued at $14.9-billion.

The deal, which is the biggest-ever in Africa, includes direct and covered loans from eight export credit agencies (ECAs), 19 commercial-bank facilities and a loan from the African Development Bank.

Total CFO Jean-Pierre Sbraire described the signing as a “significant achievement and a major milestone for the project”.

“It demonstrates the confidence placed by the financial institutions in the long-term future of LNG in Mozambique. This key milestone has been reached thanks to the dedication of the Mozambique authorities and the financial partners of the project,” Sbraire added in a statement.

Total estimates the development will generate about $50-billion in revenue for Mozambique’s government over 25 years with the project’s $20-billion capital cost exceeding Mozambique’s yearly gross domestic product of about $15-billion.

Total, which holds a 26.5% stake in the development, and its partners announced in June 2019 that a final investment decision had been taken on the Mozambique LNG project, which was initially developed by Anadarko.

Financing has been secured despite concerns over an increasingly aggressive insurgency in the Cabo Delgado province, where the project is located, as well as recent COVID-19-related delays and a sharp fall in gas prices and demand.

The onshore Mozambique LNG terminal will process gas mined from the Golfinho and Atum fields located within the offshore Area 1 resource in the Rovuma Basin. It will consist of two LNG trains with a total yearly nameplate capacity of 13.1-million tons. The project has successfully secured in aggregate 11.1-million tons a year of long-term LNG sales with buyers in Asia and Europe.

How successful are mines’ efforts to restore livelihoods?