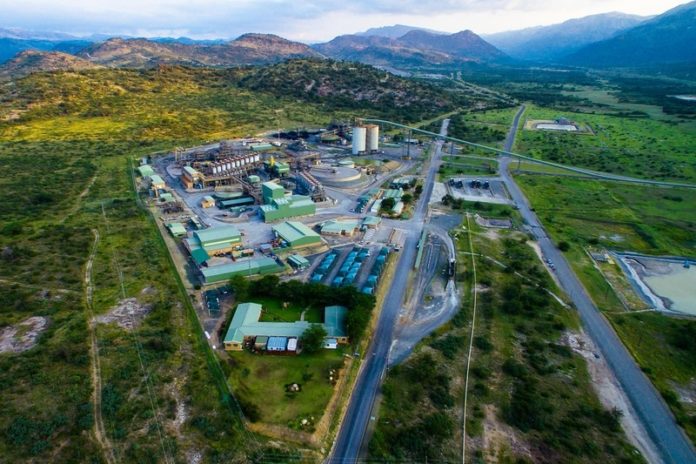 Breathing in toxic mine dust has had a devastating effect on many mineworkers and communities. Tackling the long-term health and environmental problems caused by mine dust is at the heart of a pioneering new network being set up at UCT with funding awarded by the United Kingdom government’s Global Challenges Research Fund (GCRF).

The GCRF Mine Dust and Health Network will span several African countries and bring together researchers, stakeholders and people from a variety of disciplines and professional backgrounds.

“We plan to develop a common understanding around the risks of mine dust and work together towards integrated and inclusive solutions,” said Associate Professor Jennifer Broadhurst, who will head up the network.

Broadhurst is founder and director of UCT’s mine dust networking group and deputy director of the interdisciplinary Minerals to Metals initiative at the UCT Department of Chemical Engineering.

Mine dust is emitted from open-pit mines, ore processing and metal extraction plants, ore stockpiles, ore transport containers and mine waste deposits. It contains fine mineral particles that can cause lung disease and other respiratory problems, like asthma, when they are inhaled.

While the mining industry contributes significantly to the economies of developing countries around the world, dust emitted by mining and related operations is causing increasing concern.

“Once silica gets into the lungs, you can’t get rid of it. These particles also impair the lungs’ ability to fight tuberculosis.

“The high rate of HIV infection, overcrowding and living in hostels can combine and act synergistically to worsen matters.”

The network’s steering group will be led by six core members chosen for their leadership skills, cross-cutting expertise, passion and commitment. South Africa, Mozambique, Namibia and Zambia will be the initial members of the network, which is expected to expand to other countries.

As the clinical director of the Occupational Medicine Clinic at Groote Schuur Hospital and on staff at the School of Public Health and Family Medicine at UCT, Adams has seen first-hand the effects of silicosis – a lung disease caused by breathing in these tiny bits of silica – in ex-mineworkers.

Gold miners who have been working on the mines for many years are particularly at risk. Adams said they often end up losing their jobs, as they are too ill to work. Many migrant workers return home to rural areas in South Africa and neighbouring countries riddled with respiratory problems. This places a huge burden of care on already-strained public health and social security systems.

Apart from silicosis, black lung disease – caused by inhaling coal dust – can cause acute respiratory illness and chronic bronchitis. One of the goals of the network is to establish the economic burden of disease among mineworkers, their families and communities around mines – for which little data exists.

The network’s steering group will be led by six core members chosen for their leadership skills, cross-cutting expertise, passion and commitment. South Africa, Mozambique, Namibia and Zambia will be the initial members of the network, which is expected to expand to other countries.

The GCRF Mine Dust and Health Network is anticipated to have benefits on various levels.

“Ultimately, the network will serve as a collaborative think-tank to inform research directions both within and across disciplines; government policy and regulations; health monitoring programmes at public clinics; industry best practice; and community healthcare and impact-prevention programmes across Southern Africa – and, as the network expands, the globe,” said Broadhurst.

“The poor and disadvantaged people living in the shadow of mine dumps carry a disproportionate burden. But the dust can also be carried for thousands of kilometres.”

A key goal is to find common ground between the mining industry, policymakers and communities that are vulnerable to mine dust.

“Currently, people tend to work in silos. We need a multi-sectoral approach to tackle the problem,” said Broadhurst.

“Beneath the tension and mistrust that can happen between stakeholders in the mining industry, there is a real willingness among them to try and solve the problem of mine dust and to create solutions.”

Dr Johanna von Holdt, lecturer in environmental and geographical sciences who will be managing the network, is optimistic about the process. She said the network would have different tiers where everyone could give their input and special interest groups on aspects such as exposure and health effects of mine dust, monitoring and measuring mine dust, and community awareness and education.

“Part of what we are trying to do is improve the way we monitor and measure the dust,” said von Holdt, whose research specialises in all aspects of mine dust from particle characterisation to health effects. We need to look at the whole chain – from where the dust is generated to its storage, as well as how you prevent the dust in the first place and what we can do to protect workers.”

While current research mainly focuses on mine dust in mining areas, the network partners will also look at its journey: the dangerous dust can contaminate soil and vegetation along the roads and railway lines on which mine ore is transported, down to the harbours where it is stockpiled.

“There are simple things we can do: make sure vehicles and trucks transporting mine dust are covered, manage mine dust stockpiles at harbours, keep children away from mine dumps and educate communities.”

“The poor and disadvantaged people living in the shadow of mine dumps carry a disproportionate burden. But the dust can also be carried for thousands of kilometres,” said Broadhurst. “We’re seeing encouraging changes in the way mining companies manage their impacts, but they still struggle with dust beyond the fence.

“There are simple things we can do: make sure vehicles and trucks transporting mine dust are covered, manage mine dust stockpiles at harbours, keep children away from mine dumps and educate communities. We’re hoping these kinds of issues will be raised.”

A fillip of winning the GCRF award, which was extremely competitive, is that the work will now become part of the GCRF’s future strategy. It will open avenues for research and opportunities to apply for further grants in the future and young academics will be encouraged to take leadership roles in the field.

“We’re hoping the work of the network will in time positively impact the health and environment of mining-intensive developing countries throughout Africa, South America and Asia,” said Broadhurst.