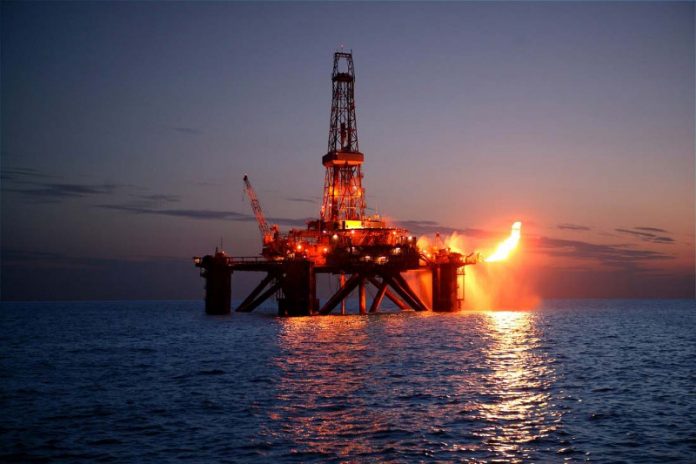 Mozambique’s economic hopes had been pinned on massive natural gas reserves discovered a decade ago, but an escalating Islamist insurgency threatens to pull the rug out from under a boom in private investment.

An armed Islamist group loosely associated with ISIS and identified locally as Al-Shabab — not to be confused with the Somali militant group of the same name — attacked the gas-rich town of Palma in the country’s northern Cabo Delgado province in late March, killing tens of thousands of civilians and displacing tens of thousands.

The attack came within hours of French energy giant Total announcing that it was resuming operations at its Mozambique Liquefied Natural Gas (LNG) project, a $20 billion facility under construction in the nearby Afungi Peninsula

In total, up to $120 billion is at stake on LNG projects across the country, according to Standard Bank.

The International Monetary Fund expects GDP in Mozambique to grow 2.1% in 2021, with inflation projected at 5.3%. But Standard Bank highlighted in a recent note that the escalation towards guerilla warfare could erode the benefits of the LNG projects.

Along with the humanitarian crisis triggered by the insurgency — with the United Nations World Food Program warning on Tuesday that almost a million people now face severe hunger in the north of the country — the attacks also pose an existential threat to government finances.

“The longer the conflict pushes back the completion of the planned LNG projects, the longer it will take for the debt-ridden Mozambican government to earn revenue from gas exports,” said Gerrit van Rooyen, an economist at NKC African Economics.

The total has now withdrawn all staff from its Afungi site, but van Rooyen suggested this could be a tactic to pressure the government into beefing up security around the Afungi complex and accepting foreign help, rather than a permanent exit. Total declined to comment when contacted by CNBC.

Alongside Total’s LNG project, both U.S. energy major ExxonMobil and Italy’s Eni are leading separate energy projects in the country, all of which are critical to Mozambique’s fiscal future.

Mozambique’s Ministry of Economy and Finance estimated in 2018 that a 20% cost overrun and 18-month delay on two key areas of the LNG projects could slash government revenue by around 6% — almost $2.5 billion — over a 25-year project lifeline.

“The longer the LNG projects take to reap benefits, the longer the government will have to rely on other resources and international aid to finance the country’s economic development and service its foreign public debt,” van Rooyen said.

NKC estimates that external public debt stood at $11.8 billion, or almost 87% of GDP, at the end of 2020, with the government spending more than 13% of total revenue on interest payments over the year.

The LNG projects are expected to lift growth back to above 5% per annum, van Rooyen said, which — if all goes to plan — should help to steer the country’s debt pile to a more sustainable level.

Both Mozambican security forces and private military contractors, along with Total’s security team, were blindsided by the raid by Al-Shabab last month. The ensuing battle lasted around 12 days and counterinsurgency operations are ongoing.

The 16-nation Southern African Development Community held an emergency meeting last week in which it condemned the violence and vowed a “proportionate regional response.”

Risk consultancy Pangea-Risk said in a research report last week that the attack was not triggered by Total’s announcement to restart operations. Instead, it said the move came after months of preparatory planning by militants who have become increasingly active in the region since 2017.

Pangea-Risk warned first in October 2020 and again on March 12, two weeks before the attack, that insurgents were planning attacks across natural gas hub towns.

“There will be a security vacuum in Cabo Delgado in the coming month, if not longer, which leaves both Palma and other locations in the province exposed to further militant attacks,” Pangea-Risk CEO Robert Besseling said.

Besseling said local sources now expect a raid on the Quitunda resettlement village, near the Afungi Peninsula LNG site, in the coming weeks.

“Such a raid would put pressure on the Afungi garrison to leave the security zone around the LNG site and deploy to protect vulnerable displaced communities in Quitunda, perhaps in breach of the Mozambican government’s security contract with Total,” he added.

Besseling suggested the provincial capital of Pemba and the Tanzanian port town and natural gas hub at Mtwara, in the Rovuma border region between the two countries, will be “highly aspirational targets” for the insurgents.

Meanwhile, the humanitarian situation in Cabo Delgado is expected to deteriorate in the coming weeks as refugees continue to flee Palma toward camps in nearby districts, with the total number of displaced people estimated at more than 700,000 and rising.