Home News Mozambican mining industry expected to bounce back in 2021 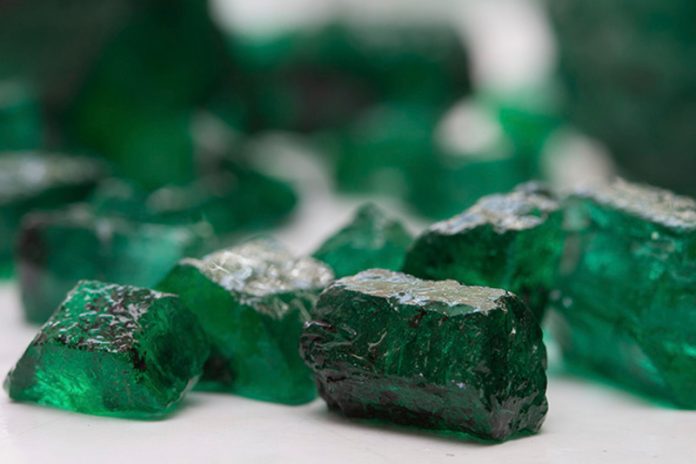 Despite the impact of the Covid-19 pandemic, the Mozambican mining industry is expected to bounce back in 2021, with substantial growth expected in the production of ilmenite, gold, graphite, rubies, natural gas and coal, Mozambican Prime Minister Carlos Agostinho do Rosario has said.

Rosario said this while introducing into the Mozambican parliament, the Assembly of the Republic, the government’s draft Economic and Social Plan for 2021, which envisages a GDP growth rate of 2.1 per cent.

The government projects the growth rate for this year at 0.8 per cent. The International Monetary Fund (IMF), however, is much less optimistic and suggests that the final figures for 2020 will show that the Mozambican economy has shrunk by 0.5 per cent.

The export of minerals is expected to rise by 56.8 per cent over the predictions for 2020. Particularly surprising is the forecast that coal exports will rise by 133.7 per cent. This is entirely dependent on the markets for Mozambican coal in Asia opening up again.

As for the social sectors, Rosario told the Assembly that about 10,000 new teachers and 5,000 new health professionals (271 of them doctors) will be recruited in 2021.

Economic growth and price stability, he claimed, “will be reflected in improved living conditions”. Those improved conditions “will be expressed, above all, in greater access to education, health, and social protection services, as well as in creating about 250,000 new jobs in the public and private sectors”.

The government, he added, intends to guarantee assistance to about 645,000 new households through various social protection programmes. The number of households receiving social benefits would reach 1.75 million.

On top of this comes the humanitarian assistance for people displaced in the two armed conflicts Mozambique currently faces – against Islamist terrorists in Cabo Delgado, and the dissident “Renamo Military Junta” in the central province of Manica and Sofala. The government says that over half a million people have been displaced from their homes in Cabo Delgado alone.

“In order to normalize gradually the life of the displaced people”, said Rosario, “our priority will be to continue resettling them in areas where they can undertake economic activities, particularly agricultural production so that they cease depending on food aid”.

Rosario revealed that the government envisages four per cent growth in agriculture.

He also declared that the agricultural sector “will aim for the massive and sustainable use of improved inputs in order to achieve the target of Zero Hunger”.

The Prime Minister said much is riding on the government’s flagship agricultural development programme “Sustenta” which, after a pilot scheme in ten districts in Nampula and Zambezia province, is now being expanded across the entire country.

The Plan forecasts that Sustenta will generate total production worth 250 million dollars, and will double the average annual income of households integrated into the programme from 36,600 meticais (slightly more than 500 dollars at current exchange rates) to 73,500 meticais.

The government envisages that grain production in the 2020-2021 agricultural year will reach 2.9 million tonnes (a three per cent increase on the 2019-2020 year). An increase of 17 per cent, to 22.5 million tonnes, is forecast for root crops (mainly cassava), and of four per cent for pulses.

As for cash crops, an optimistic 44 per cent increase is predicted for cashew nuts, with production reaching 206,000 tonnes. The plan forecasts an increase of 31 per cent in the production of sugar cane and 25 per cent in macadamia nuts.

Rosario said the government hopes to maintain low inflation next year, with the target of an average inflation rate over the year of five-cent, rather higher than the expected figure for this year of four per cent.

The government has also set a target of 3.77 billion US dollars for the country’s exports next year, an increase on the 3.68 billion dollars which is expected to be the final figure for 2020 exports, but a sharp decline from the 4.72 billion dollars attained in 2019.

Rosario said the government is aiming to ensure that the country has enough net international reserve to cover 6.8 months of imports of goods and non-factor services. In 2019, the reserves covered seven months of imports.