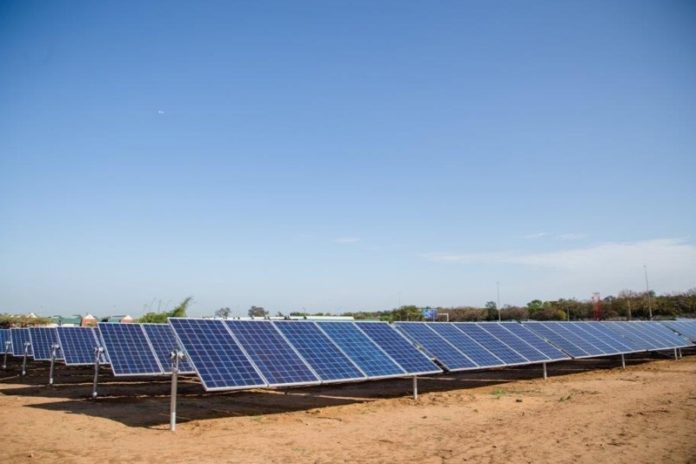 The Mozambican 19MWp (15MWac) solar PV plant and 2MW (7MWh) energy storage system will be placed in the Tetereane District of Cuamba, Niassa province, around 550 kilometres west of the coastal town of Nacala. Electricity will be sold through a 25-year power purchase agreement with EDM.

The $32 million projects will contribute to the Mozambique government’s “Electricity for All” policy, which aims to achieve universal energy access by 2030.

Nnenne Iwuji, British High Commissioner to Mozambique, commented: “The UK Government is actively partnering with Mozambique on the development of its renewable energy potential, through investments such as this, as well as through our BRILHO-Energy Africa programme which encourages private sector investment in off-grid energy solutions. The UK looks forward to continuing to work closely with Mozambique in the run-up to COP26 and beyond, to identify and support opportunities for sustainable, long-term green growth, investment and jobs.”

Jonathan Hoffman, Globeleq’s chief development officer called the project a trailblazer for future utility-scale energy storage not only in Mozambique but the region. “Cuamba Solar, along with all the energy projects we are working on, cements our ongoing commitment to contribute to the long-term energy security and development of the country on a low carbon pathway.”

Chris Chijiutomi, Head of Infrastructure Equity, CDC Group said: “We are delighted to be supporting Mozambique’s demand for new renewable energy supply across the country; 7 in 10 people in Mozambique today do not have access to electricity and 53% of firms report electrical outages. Robust storage technologies are fundamental for the transition to clean energy.”

Globeleq and Source Energy are also collaborating on one of the country’s first wind projects which will be located near the town of Namaacha, 40kms west of Maputo. Globeleq recently pre-qualified to compete for the 40MWp Dondo solar power project in Sofala Province and has been selected for two 15MWp solar projects in neighbouring country Eswatini.

Pedro Coutinho, Source Energia founding partners and managing director said they were excited to have worked on such a significant milestone in Mozambique and committed to developing projects which are in line with the country’s energy goals for universal access led by EDM.

It is expected the project would need about 100 workers during construction, many of whom will be hired from the local community. Spanish company TSK has been appointed as project EPC contractor. Globeleq will oversee the construction of the eventual operation of the power plant, supported by Source Energia.