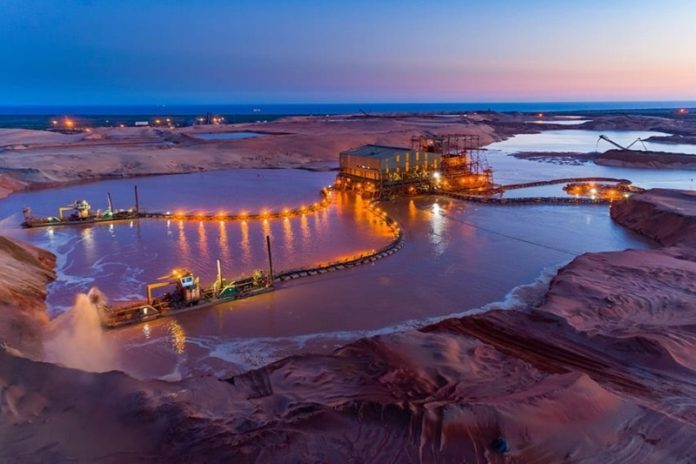 Kenmare Resources, which is listed on the London Stock Exchange, has continued to see significant increases in production and sales volumes, resulting in higher profitability for the mineral sands producer.

This was demonstrated by the company’s 121 per cent year-on-year increase in earnings before interest, taxes, depreciation, and amortization (Ebitda) for the six months ended June 30, as well as a 278 per cent increase in profits after tax.

Kenmare, which operates the Moma titanium minerals mine, in northern Mozambique, remains confident in its outlook for full-year production, and on August 18 reiterated its guidance of producing between 1.1-million and 1.2-million tonnes of ilmenite in 2021.

Kenmare has completed the first round of Covid-19 vaccinations of its mine workforce. The second round has started and is due for completion by mid-September.

Kenmare declared an interim dividend of $0.07 a share, up 217% year-on-year and in line with the company’s dividend target to return 25% of profit after tax to shareholders.

Revenues were $167.8-million for the first half of the year – a 51% year-on-year increase as it benefitted from higher volumes shipped and higher prices.

Ebitda was $82.3-million, while profit after tax was $48-million, up 278% year-on-year and setting a new interim record.

The average received free onboard price for all finished products was $282/t in the first half of the year, marking a 5% increase as it benefitted from strong market conditions but was impacted by a lower proportion of zircon and rutile sales, which is expected to reverse in the second half of the year.

At the end of the interim period, cash and cash equivalents were $56.5-million and gross debt was $132.7-million, resulting in net debt of $76.2-million, which Kenmare said was mainly owing to the timing of capital expenditure payments and a reduction in the use of invoice factoring.

Strong ilmenite market conditions continued during the period and are expected to continue in the third quarter, with higher prices agreed and a strong order book in place.

The outlook for the zircon market, meanwhile, has improved, with received prices rising in the second quarter of the year.

Construction of Graphite Factory grounds to a halt due to COVID-19...