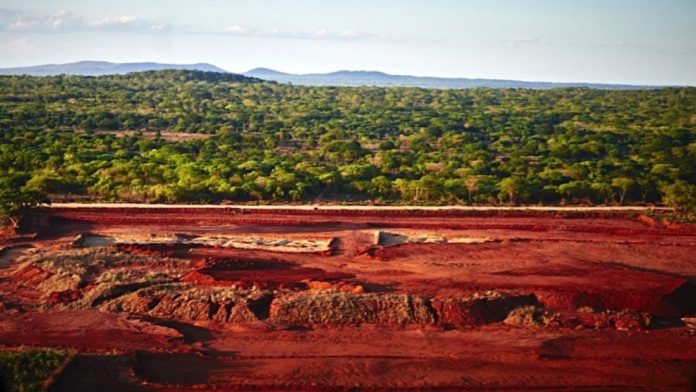 The Public Integrity Centre (CIP), a Maputo-based NGO, published a study last month showing that requests for mining concessions in Cabo Delgado have increased in tandem with the raging armed conflict.

Their company owns 7% of all concessions in the province, but if other mining projects in which it is a shareholder are included, that number could rise to around 10%.

Raimundo Pachinuapa is a veteran of Mozambique’s struggle for independence from Portugal, and a senior figure in the ruling Frelimo party, being a member of Frelimo’s 19-strong political commission, which guides party policy on a weekly basis.

A member of the Makonde ethnic group to which President Filipe Nyusi belongs, Pachinuapa was governor of Cabo Delgado between 1980 and 1983.

His company, Mwiriti, rose to prominence after a person discovered a rich vein of rubies in 2009, in the locality of Namanhumbir, in the district of Montepuez. The find has since been described as “the most important ruby discovery of this new century” by the Gemological Institute Of America.

Soon after the discovery, Mwiriti took control of the area, and in 2011 formed Montepuez Ruby Mining (MRM), a joint venture between Mwiriti, with 25%, and Gemfields, which owns 75% of the company. The mining operation occupies 33.6 hectares of land.

Despite formally having the capital of just 30 000 meticais (around $1 000 at the time), and without any prior capabilities for exploitation of mineral resources or experience of the international market for precious stones, Gemfields paid Mwiriti $2.5-million for 75% in the joint venture, MRM.

Year after year MRM has been selling gems in international markets and making a huge profit. However, the mining operations have not been without controversy. Videos surfaced in 2012 following the torture of illegal miners who were digging for rubies in Nahamamumbir by Mozambique’s security forces to ensure that they cleared the area.

People in Cabo Delgado believe some of those youths who were treated so brutally in Montepuez might have been recruited by the insurgents to join their ranks. In 2019, Gemfields agreed to pay $7.6-million in compensation to people living around its ruby mine in Montepuez, who allege they were the victims of human rights abuses by the police and security guards employed by Gemfields.

The company agreed to make the payment without admitting any liability, though it said it had been “proactive and constructive in addressing the wider issues raised by local communities through this case.”

MRM told The Continent it has “investigated carefully” suggestions that its project might have fed feelings of inequality and alienation that have fuelled the insurgency – and concluded that such a suggestion is “absurd and misleading”.

Meanwhile, artisanal mining continues on MRM’s concession, despite the best efforts of police and private security to crack down on the activity. MRM said that it knew of 21 people who died while mining illegally on its concession in 2020, and a further eight by the start of August this year. Most of the deaths were due to the collapse of the mines they had dug.

In 2019, Mwiriti earned $17.9-million from auctioning rubies in Singapore, while Gemfields took the largest share, with $71.5-million. In June 2014, MRM sold rubies for a total of $33.5-million at an auction in Singapore.

Mwiriti has come a long way from the company registered to offer services in the areas of building, sale of foodstuffs, office equipment, general trading and lobbying. It was only in 2009 that is included in its business portfolio the “prospection, research, exploitation of mineral resources, including import and export”.

But the CIP report raises another concern: the company has shifted ownership of its mining concessions offshore, to a mysterious company called Nairoto Resources Holding, domiciled in Mauritius – known as Africa’s tax haven.

That means, CIP pointed out, that “it becomes difficult [to] identify the beneficiaries of the concessions, which can be Mozambicans in conflict of interest,” or even “with power and political capacity to influence the dynamics of the sector for their benefit”.

Where owners of Cabo Delgado’s mining concessions can be identified, however, the names of powerful families such as Chipande, Chissano, Talapa, and Waty crop up – “easily identifiable with the country’s political elite”, as CIP says, showing that “a good portion of the concessions is owned by politically exposed people or directly linked to influential individuals from the Frelimo party, in power since Mozambique’s independence.”

Mwiriti stated CIP’s report, saying that the use of offshore structures was perfectly legal, and mining activities are still carried out in-country. CIP’s researchers suggested, meanwhile, that the lack of transparency over who owns mining concessions “may be behind land conflicts” in Cabo Delgado – and that publishing the names of beneficial owners “may minimise the occurrence of the reported and future conflicts.”

But if greater transparency only reveals the true extent to which Mozambique’s riches are concentrated in the hands of a privileged few, then deeper changes will be needed to overcome the resentment that is contributing to unrest in Cabo Delgado.