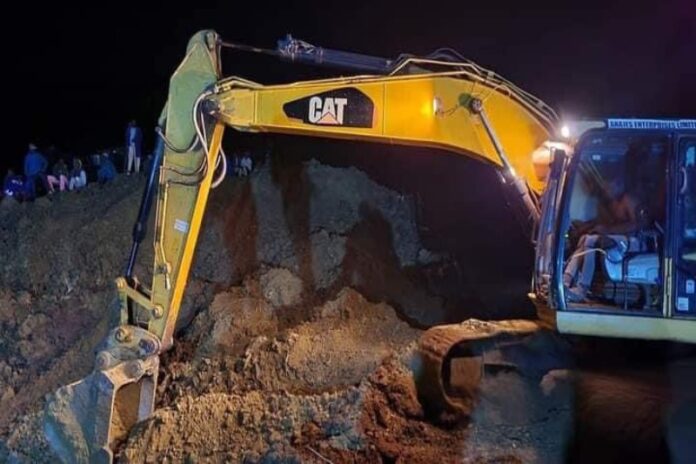 Head of the small-scale miners Association, Afonso Muagara, said that negligence is behind the deadly incidents happening to artisanal miners because the miners tend to turn a blind eye to repeated warnings about the risks of the activity in the rainy season.

At least five artisanal miners died and two others were injured in the collapse on Monday of a gold mine in Sussundenga district, in the central Mozambican province of Manica.

The tragic incident, whose victims are presumed to be all Mozambican citizens, occurred in the Munhinga community in Bandiri hamlet, a region with a great many artisanal miners exploring mineral resources, especially gold.

“We believe they are all Mozambicans. They descended into the mine while the soil was wet as a result of the recent rains that have been falling. This is strictly prohibited because the soil might collapse at any time. It is very sad because this accident should have been avoided. We regret the death of our colleagues,” Muagara said.

He repeated his calls on miners to refrain from descending into the gold mines during the rainy season to avoid more deaths. The bodies of the victims have already been recovered and taken to the nearest health unit.

Silva Manuel, the Provincial Director of Mineral Resources and Energy, stated that the government had warned the miners about the risk of going into the mine, particularly during the rains.

“We told them to halt activities in that mine, as the soils are wet and loose after rain. The danger was imminent. Nonetheless, some miners ignored the risk and rushed for gold, ending in this tragedy,” Manuel declared.

The districts of Sussundenga, Manica and Macossa are endowed with mineral resources, mostly informally exploited by Mozambicans and by foreigners, despite the existence, in parts of the province, of licenced mining associations.

In 2020, for instance, seven miners of various nationalities died in the Manica district after the collapse of a gold mine. The victims were seven metres deep inside the mine.