Home Local News The marine species and habitats of Inhambane Province are important and extremely... 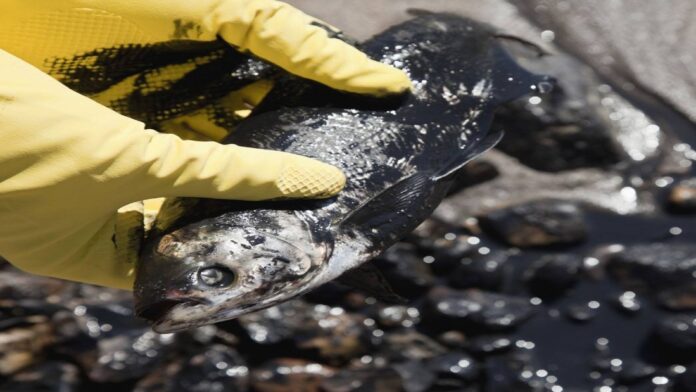 The coastline of the Inhambane Province in southern Mozambique is well-known for its thriving biodiversity. The area is rated by the IUCN as a ‘globally outstanding marine conservation area’ and acknowledged as a potential World Heritage Site by UNESCO. The Inhambane Seascape is home to a number of iconic marine megafauna including manta rays, whale sharks, dugong, and critically endangered wedgefish species. Five species of turtle and a variety of cetaceans visit the region, and several rare and understudied species also inhabit coastal waters, particularly sharks and rays.

Sylvia Earle’s Mission Blue Foundation has declared the Inhambane Seascape in Mozambique a ‘Hope Spot’ in recognition of work being undertaken to develop a network of marine protected areas (MPAs) in the surrounding waters.

Dr Andrea Marshall, local conservation biologist and Co-Founder of the Marine Megafauna Foundation (MMF), has spent 20 years in Mozambique, dedicating her life to supporting the conservation of endangered marine megafauna species. ‘Our overarching goal is to use science to underpin the comprehensive management of the protected areas that currently exist and provide justification for the expansion of those areas and new adjoining areas along the coastline,’ she said.

‘Our primary objective is to safeguard the globally-significant marine megafauna populations that occur in the Inhambane Province by reducing their primary threats and supporting the development of a network of adjoining marine protected areas.’ Dr Marshall added. ‘These species are often the first to be impacted by human threats. Their populations can quickly crash and cannot be easily re-introduced once they are extirpated from a region. As conservation biologists, this process started 20 years ago with the collection of key ecological data and will end with the development of a well-managed seascape, which can offer the scale of protection needed by these at-risk ocean giants.’

In announcing the creation of the new Hope Spot, Dr Earle acknowledged the work of MMF and other partners for their work in assisting the government of Mozambique to meet the UN Convention on Biological Diversity and formally protect 30 per cent of its marine resources by 2030.

‘Mozambique as a country has already taken significant actions to safeguard the extraordinarily rich, highly important life along the coastline,’ said Dr Earle. ‘Everything is on the line. There’s an opportunity now to significantly scale up and embrace those areas that are already protected with a larger area along the coast that connects the land with the ocean beyond. I particularly want to salute Andrea Marshall and her team at the Marine Megafauna Foundation⁠—they work with so many large creatures that are so important and so threatened. We’re on the edge of losing them forever unless action is taken now.’

Mozambique’s first MPA was Bazaruto Archipelago National Park, first established in 1971in the north of the Province. The Vilanculos Coastal Wildlife Sanctuary followed in 2002, providing added protection for the region’s mangroves, and coral reefs along the San Sebastian Peninsula. Extensions to these protected areas are already under consideration, as is a new, even larger area, off the coast of Pomene, in the centre of the province, approximately halfway between Barazuto and Tofo, to the south.

Unfortunately, substantial areas of Inhambane province remain unprotected and unmonitored. Recent increases in fishing pressure, both industrial and artisanal, in particular the relatively new use of gillnets and the increased use of seine nets and fish traps, have contributed to documented declines in sightings of manta rays, devil rays, whale sharks, wedgefish, sea turtles, and dugong. Indiscriminate fishing practices and the targeting of apex predators such as sharks, brindle bass, and black marlin are impacting sensitive ecosystems in the region and the populations of already threatened megafauna which migrate to Mozambique’ waters to feed and reproduce.

‘The marine species and habitats of the Inhambane Province are critically important and extremely fragile,’ said Tiffany Schauer, executive director of the Our Children’s Earth Foundation, one of Mission Blue’s partners. ‘Dr Marshall, her team at MMF, and community partners have been extremely effective in conducting much-needed baselines of ecosystem health, lobbying for the protection of key areas, and building coalitions to oppose harmful industrial practices such as seismic testing for oil and gas.’

In 2020, MMF, its partners, and local stakeholders came together to lobby against a proposed oil and gas project near the National Park, and a sand mining project near the Sanctuary, which the group believed would have had ‘potentially catastrophic’ impacts on the local environment and marine ecosystem. Both projects stalled, but Dr Marshall and her team are pushing for increased protection throughout Inhambane Province.

‘MMF and its partners believe that the Hope Spot declaration can help provide the necessary attention that this area needs,’ said Dr Marshall.

‘The Inhambane Seascape is an area of incalculable importance,’ she added. ‘It’s the marine Serengeti of Africa. None of us will stop until it is properly safeguarded.’